Happy endings don’t just happen. We are the ones who can make them happen and that, most of the time, takes enormous efforts to do so. Sometimes they even seem impossible to achieve. Some of us try harder, some stop mid-way, some choose to go beyond the possible. These are the people that inspire us.

Kim’s story started when he was only 12 years old. Fighting his OCD, bullied in school, Kim decided to make the impossible possible, to live a normal life, a happier one, against his condition. He started running and never stopped since. Before reaching his 26th birthday, he has finished his 100th marathon, becoming the youngest runner in the Nordic countries to achieve this number.

Stopping there, was never an option for him. As soon as he pushes one boundary, he sets his mind to new horizons, new limits to cross. It makes him feel alive; it gives him joy to think he might get others to understand that limits are only as impossible to overpass as we believe they are

Carsten was born on the Aeroe island, surrounded by the Baltic Sea breeze, which he jokingly likes to hold responsible for his tough spirit and stubbornness in breaking his own records over and over again

His career started as a football player but, took a steep turn towards running, which he, since then, took it to extremes. When does he find the time to train and practice his daily job in the forest industry? His passion for sports is the only answer he can think of.

And he keeps running and breaking record after record. As part of the national team of etreme runners, Carsten participated in WM for 24 hours run in Romania, in 2018. A year before that he was the Danish champion for 24 hours run with an impressive count of 209 kilometres.

Having qualified for the Spartathlon is no small achievement, with the fame of the race being one of the world’s most extreme races and Carsten did push his boundaries until he was able to take part, along with more than other 100 marathons which he completed already. He is now training for swimming and we are pretty sure we will hear from him in that field too!

RENE “NEVER GIVE UP”  JENSEN

Rene should probably have never even thought about a career in sports. Life hit him over and over again with hints that an active life was not for him. But he wanted to be active, he wanted to be out there moving and feeling alive, training and running.

Four knee injuries, coming one after the other didn’t stop him from playing football with Vejle Boldklub, a top 3 team in Denmark as a young man. Stubbornly, he moved up the football ladder when a fifth injury stopped his career in football. A blood clot followed, and he struggled for a normal life for almost 2 years. Sport was what kept him alive and put him back on track. Years passed and Rene thought he won the battle when his heart decided otherwise. He had been born with a fault in his heart, that at the age of 49, after a heart failure, left him paralysed, incapable of even tending for his simplest needs. The diagnostic was harsh and the recommended treatments long and complicated.

Rene decided he will try something else instead. No more hospital visits, no more treatments. Fully supported by his family, he turned towards a healthy life approach instead, based on proper food, lots of training for both body and mind, and a complete positive thinking. Since then, without spending a single day in the hospital, he has lived a complete and healthy life.

Kristian is doing a bachelors degree in healthcare and nutrition at USCJ and he will graduate in January. He already took a course as a personal trainer at the Academy. At the age of 28 he is already a member of the 100 Half Marathons Club and the 100 Marathons Club and is training himself with the Odense team.

Before I started the triathlon, I ran half and the whole marathon where for the most part in the age group between 17-23 years I really was at the top. Having won the age class quite a few times when I was 19.20 and 21 years ago, I trained a lot of martial arts and often had weeks with a training week of about 20 hours. 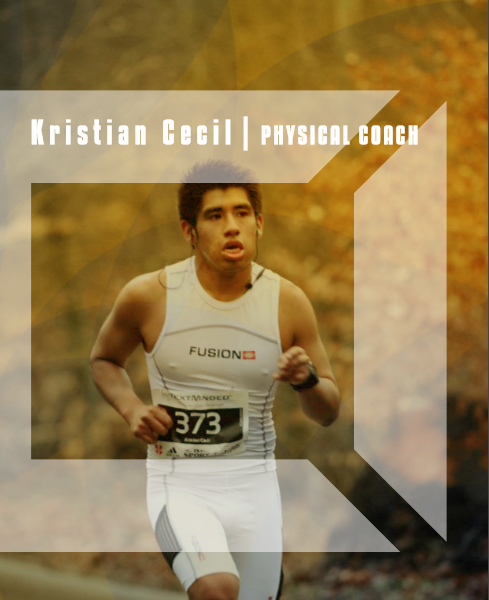